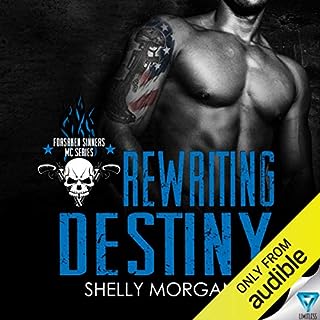 My name is Danielle DeChenne, and for 18 years I took every punch "destiny" threw at me. Now, I'm no longer a naive girl. Traumatic abuse will do that to you. I was forced to grow up too fast, and the one person I depended on - that gorgeous Marine, Zane - turned his back on me. So now I say screw the lemonade and just give me a bottle of Jack Daniel's, because I don't believe in destiny anymore. 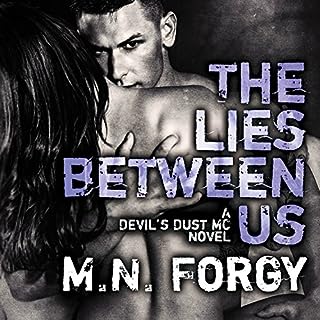 Cherry's life growing up was nothing short of a nightmare. Having an abusive father forced her to fend for herself from an early age. Bruised and emotionally broken, she finally escaped, running straight into the comfort that Lip's arms brought. In the beginning everything seemed to fall into place perfectly. He made her forget the messed-up ways of her life. But secrets can't stay neglected. They have a habit of revealing themselves regardless of the consequences.

My favorite MC series hands down

I love all the books in this series but this is my favourite by far can't fault it apart from the fact it ended I wish the story could have gone on and on you won't be disappointed! 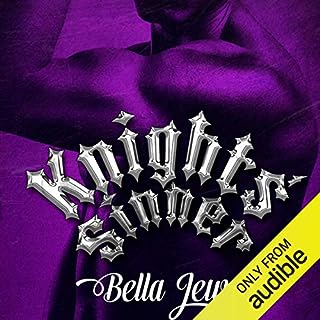 Jackson is always considered the "softie". He's the first to help people out when they're in need. He's president of the Hell's Knights, and he figures it's about time he shows the world how much of a sinner he can be.

I really enjoyed it the only thing I would have to Say is that it was too short I wish someone of the story lines were explored more but I enjoyed the characters and there was a lot of steam! 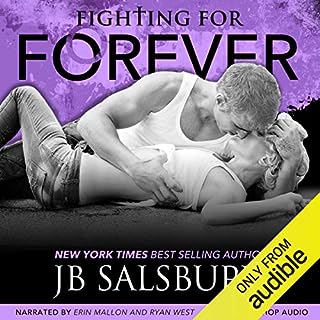 Slut. Hooker. Whore. The taunts never bothered me. They only see what I allow them to see, and a Las Vegas stripper is the perfect cover. My life had direction. I had a mission - until the man I needed vanished and is presumed dead. It's time to move on - give up the dream for revenge - and no one shows me that more than the mop-headed fighter with eyes the color of the ocean. If anyone can teach me just how sweet life can be, it's him. But first, I'd have to let go.

you need to read this book 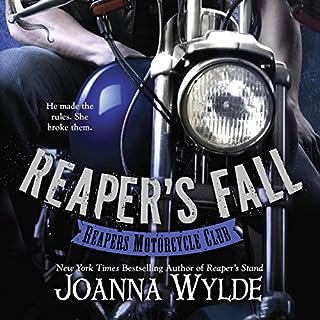 Levi "Painter" Brooks was nothing before he joined the Reapers motorcycle club. The day he patched in, they became his brothers and his life. All they asked for in return was a strong arm and unconditional loyalty - a loyalty that's tested when he's caught and sentenced to prison for a crime committed on their behalf. 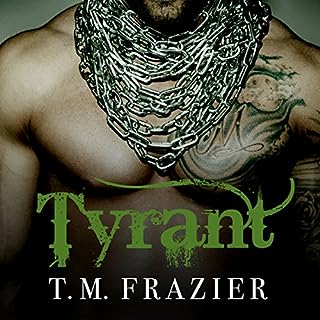 I remember everything, only now I wish I didn't. When the fog is sucked away from my mind like smoke through a vacuum, the truth that has been beyond my reach for months finally reveals itself. But the relief I thought I would feel never comes, and I'm more afraid now than I was the morning I woke up handcuffed in King's bed. Because with the truth comes dark secrets I was never meant to know. I don't know if I'm strong enough to resist the magnetic pull toward King that grows stronger every day. 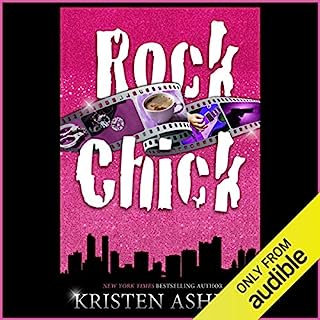 Indy Savage is a former wild child (okay, maybe not so "former") and current used-bookstore owner. Lee Nightingale is a former bad boy and now runs a private investigation service. Toss together a quiet barista with a not-so-lawful side-business, a crazy Vietnam Vet, a pothead, a drag queen, family and friends who will not mind their own business, a few stun guns, and a bag of diamonds, and mix them all up with some shootings, a high-speed chase and car bombs exploding, then hang on for your first wild Rock Chick ride. 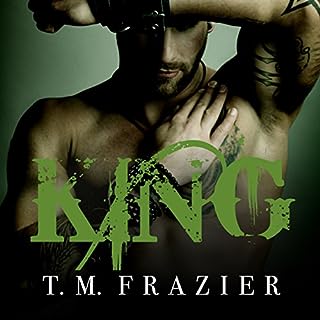 Homeless. Hungry. Desperate. Doe has no memories of who she is or where she comes from. A notorious career criminal just released from prison, King is someone you don't want to cross unless you're prepared to pay him back in blood, sweat, sex, or a combination of all three. King's future hangs in the balance. Doe's is written in her past. When they come crashing together, they will have to learn that sometimes in order to hold on, you have to first let go.

wow. loved this but a cliffhanger & no sequel yet!

loved this book hardcore and gritty I cryed and got hot at times but it is a cliffhanger and audible dosent have the sequel! 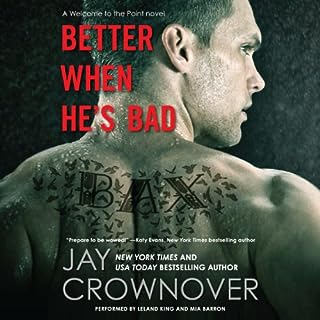 Meet Shane Baxter. Sexy, dark, and dangerous, Bax isn't just from the wrong side of the tracks, he is the wrong side of the tracks. A criminal, a thug, and a brawler, he was the master of bad choices, until one such choice landed him in prison for five years. Now Bax is out and looking for answers, and he doesn't care what he has to do or who he has to hurt to get them. But there's a new player in the game, and she's much too innocent, much too soft…and standing directly in his way. 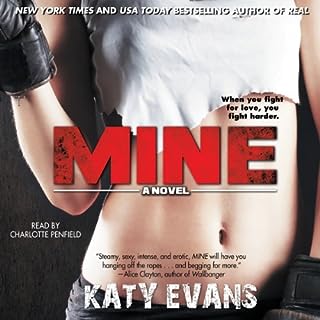 In the international bestseller Real, the unstoppable bad boy of the Underground fighting circuit finally met his match. Hired to keep him in prime condition, Brooke Dumas unleashed a primal desire in Remington. Tate as vital as the air he breathes…and now he can't live without her. Brooke never imagined she would end up with the man who is every woman's dream, but not all dreams end happily ever after, and just when they need each other the most, Brooke is torn away from the ringside.