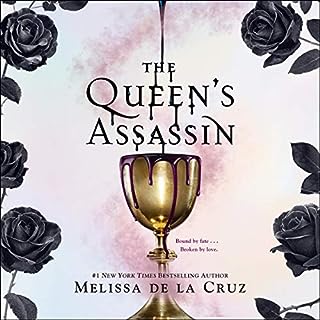 Caledon Holt is the kingdom's deadliest weapon. No one alive can best him in speed, strength, or brains, which is why he's the Hearthstone Guild's most dangerous member. Cal is also the Queen's Assassin, bound to her by magic and unable to leave her service until the task she's set for him is fulfilled. Shadow of the Honey Glade has been training all her life to join the Guild, hoping that one day she'll become an assassin as feared and revered as Cal. But Shadow's mother and aunts expect her to serve the crown as a lady of the Renovian Court.

This is the worst and I can assure you that if the fact accents don’t annoy you, everything about the characters and their stupidity will. It’s not worth wasting a credit on. I beg you not to bother with this.