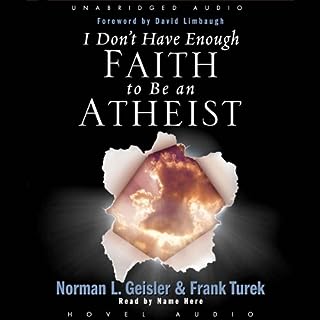 I Don't Have Enough Faith to Be an Atheist argues that Christianity requires the least faith of all worldviews because it is the most reasonable. The authors lay out the evidence for truth, God, and the Bible in logical order and in a readable, non-technical, engaging style. A valuable aid to those interested in examining the reasonableness of the Christian faith, Geisler and Turek provide a firm challenge to the prior beliefs of doubters and skeptics.

A condescending pile of strawmen

This is a book which panders to doubting Christians, reassuring them that there’s no need to worry about anything because the evidence perfectly fits the worldview they already have, and all atheists are morons. It does this by repeatedly and intentionally misrepresents the views of atheists. Rather than engaging with the best scientific arguments, the author constantly sets up strawman arguments that he can bravely knock down to demonstrate the superiority of his beliefs. He mocks scientists for their humility in admitting that their knowledge has limits, and then confidently asserts his own beliefs with minimal supporting evidence. If you already believe in Christianity and want to continue believing in Christianity, then this book is very much for you. If you are genuinely interested in pursuing the truth, I recommend finding a book about evolution written by a biologist, or a book about Jesus written by a bible scholar. The Greatest Show on Earth or Jesus Interrupted are both excellent. 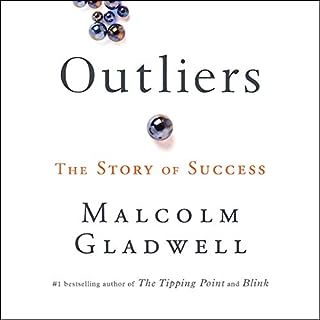 In this stunning new book, Malcolm Gladwell takes us on an intellectual journey through the world of "outliers" - the best and the brightest, the most famous and the most successful. He asks the question: what makes high achievers different? His answer is that we pay too much attention to what successful people are like and too little attention to where they are from: that is, their culture, their family, their generation, and the idiosyncratic experiences of their upbringing.

I love seeing the hidden side of things, and understanding where success really comes from involved a lot of back story that I didn't expect. The narration was good. 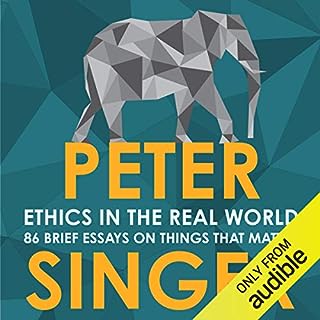 Peter Singer is often described as the world's most influential philosopher. He is also one of its most controversial. The author of important books such as Animal Liberation, Practical Ethics, Rethinking Life and Death, and The Life You Can Save, he helped launch the animal rights and effective altruism movements and contributed to the development of bioethics. Now, in Ethics in the Real World, Singer shows that he is also a master at dissecting important current events.

Lots to think about

Lots of good food for thought. I tended to only listen to one or two at a time, as the ideas Singer introduced were often quite hefty and needed some processing time. 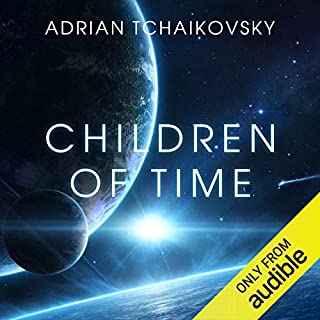 Adrian Tchaikovksy's critically acclaimed stand-alone novel Children of Time is the epic story of humanity's battle for survival on a terraformed planet. Who will inherit this new Earth? The last remnants of the human race left a dying Earth, desperate to find a new home among the stars. Following in the footsteps of their ancestors, they discover the greatest treasure of the past age - a world terraformed and prepared for human life. But all is not right in this new Eden.

I devoured this book in less than a week, regularly expounding upon it to my patient and completely lost partner. The ideas are novel and uplifting in their way. A story so similar and yet so very different to humanity's own. I can't recommend it enough. If you enjoyed Ender's Game or A Fire Upon the Deep, this one is for you. 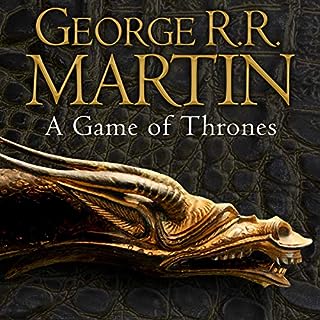 Fantastic story, let down by the narration

Such an epic tale deserves a narrator able to capture the many characters and do justice to them. Dotrice regularly mispronounces names and his voices nearly all sound like older British men. Every time he says "Jeffrey", "Tragarian" or "Sansha" it jars you from the story and makes you wonder why a second take wasn't done. Great stories deserve great actors. Audiobooks are no different. 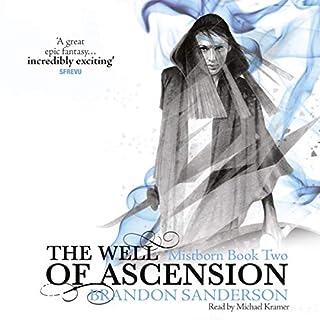 The impossible has happened. The Lord Ruler is dead. But so too is Kelsier, the man who masterminded the triumph. The awesome task of rebuilding the world has been left to his protege Vin - a onetime street urchin, now the most powerful Mistborn in the land. Worryingly for her, Vin has become the focus of a new religion, a development that leaves her intensely uneasy.

I can't really recommend this book. It moved too slowly and in the end barely moved the series forward from the conclusion of the first book. If it had been half as long I would have enjoyed it more. The narrator didn't help either. The low voice conveys little enthusiasm and despite enjoying other books by the same author and narrator, this one I struggled to finish. I'm afraid this will be the last book I listen to by this author/narrator. 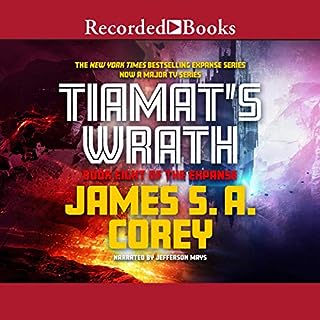 I don't think I've ever read or watched the 8th episode of anything and found it to be still worthy of the originals, but Tiamat's Wrath is easily worthy. The story is well-written, the characters are intelligent and relateable, and the science is wonderfully accurate. Can't wait for the next one. 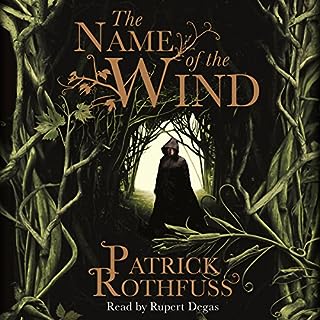 The narrator is a perfect match to this excellent story. His tone is so warm and engaging that I never wanted to stop listening. 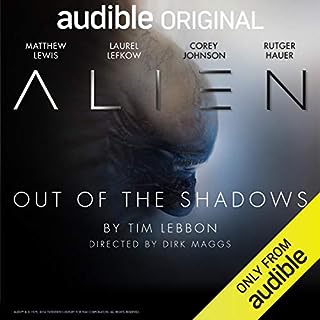 As a child, Chris Hooper dreamed of monsters. But in deep space, he found only darkness and isolation. Then, on planet LV178, he and his fellow miners discovered a storm-scoured, sand-blasted hell - and trimonite, the hardest material known to man. When a shuttle crashes into the mining ship Marion, the miners learn that there was more than trimonite deep in the caverns. There was evil, hibernating and waiting for suitable prey. Hoop and his associates uncover a nest of Xenomorphs, and hell takes on a new meaning. Quickly they discover that their only hope lies with the unlikeliest of saviors.... Ellen Ripley, the last human survivor of the salvage ship Nostromo.

Probably the best audio production I've heard. The music and sound effects were perfect. The script was written so that you could get a clear idea of the situation without it feeling forced or needing a narrator. I loved it. 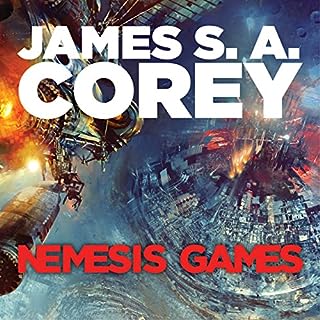 A thousand worlds have opened, and the greatest land rush in human history has begun. As wave after wave of colonists leave, the power structures of the old solar system begin to buckle. Ships are disappearing without a trace. Private armies are being secretly formed. The sole remaining protomolecule sample is stolen. Terrorist attacks previously considered impossible bring the inner planets to their knees. The sins of the past are returning to exact a terrible price.

This series just keeps getting better. I loved seeing the story from the other main characters perspectives for the first time. I can't wait to get onto the last book!