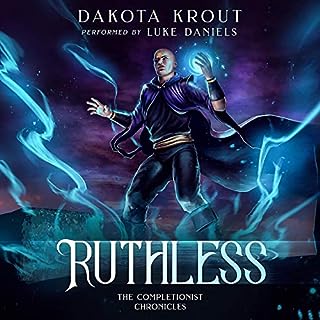 Enemies emerge everywhere. Stagnation starts seeming standard. Results require Ruthlessness. Joe has been moving deeper into his study of ritual magic and further away from his combat team. He's learning more and more, but more often than not needs to choose between his research and squad leadership. Improving the town is a huge help to the guild, and they have been pushing to increase their power. Their rapid increases have not gone unnoticed. The guild receives an ultimatum, delivered by assassins and signed with blood.

Why in the nine hells are you saying bif rost... So unsettling. Other wise the few minutes I've listened to meet expectations 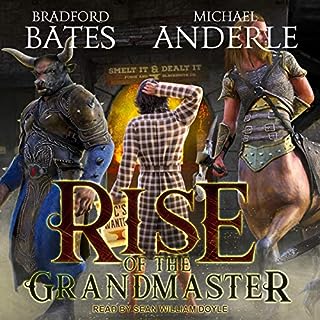 Some people just knew how to go out in style. Tim had never been one of those guys. Tim was always a planner. The plan was to get into college, graduate, and find a well-paying job. That plan was coming together nicely until he saw a presentation to get paid to play The Etheric Coast. At his graduation ceremony. After watching the company's employee recruitment video, Big Richie's words had a whole new meaning. He could spend his life going from a cubicle at work to a one-bedroom apartment and back again...or enter a virtual world of unlimited possibilities.

Really had fun with this

I love how LitRPG can change just because of the differances in the authors life experiences. This story brings way more then that. And I can't wait for book 2. No seriously your in the middle of a pandamic and should not have many distraction chop chop guys. 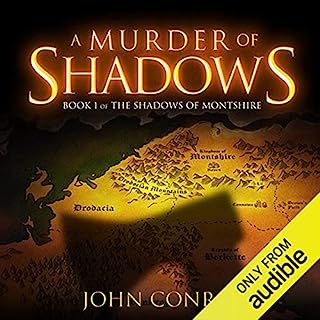 Savid DelaCrotia is the third born son of one of the Kingdom of Montshire’s oldest and most respected High families. Cast aside by his father at an early age, it’s up to him to make his own way and create his own honor. With just his horse, his weapons, the clothes on his back and in his pack, and the education that his family provided, he’ll have to go it alone. Luckily, he already has a pretty good idea of what he’s good at - fighting, and woodcraft - not to mention finding hidden and lost items.

It dour like dau or not dour like do err. There a few places he says words so wrong I'm stuck going what the hell did he just say instead of listening to the next passage. And have to skip back. Which is a shame cause it's an interesting world with some fun twists on your dime a dozen used by every one tropes. And other wise solid characterisation. Will re review when I finish if I finish. That said hail to the master conroe. 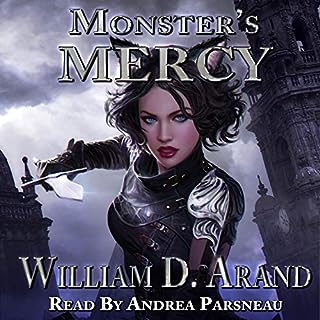 An existence spent being forced to kill others to satiate a Monster. Where the only thing to look forward to was the blessed, if brief, period of time between paying that bribe. Except that very same Monster is and isn’t Rene. It just happened to live inside his own mind and force him to do what it wanted. Rather than being an actual Monster. That was Rene’s entire life until a fateful day changed that. A day that the career as a hitman for hire built on the Monster’s needs will end. Where Rene will be forced to atone for his actions. To be held accountable and judged.

thanks for the bloopers a wonderful end to yet another fantastic novel. william and andrea make a truly perfect team. william is a genius to write the way he does and andrea seams born to read his books. that said if the guy got caught robbing the vault how is the money still supposedly stolen. 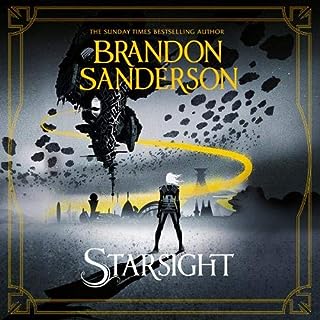 All her life, Spensa has dreamed of becoming a pilot. Of proving she's a hero like her father. She made it to the sky, but the truths she learned about her father were crushing. The rumours of his cowardice are true - he deserted his flight during battle against the Krell. Worse, though, he turned against his team and attacked them. Spensa is sure there's more to the story. And she's sure that whatever happened to her father in his starship could happen to her. When she made it outside the protective shell of her planet, she heard the stars - and it was terrifying.

do I really need to fill in this bit. I mean its Brandon Sanderson the worst part is the wait 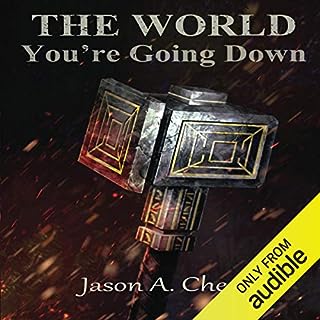 Jason only has a handful of days left to complete his Nightmare quest. While running recon on his people’s ancestral home, he discovers that failing his Nightmare quests means more than just losing his NPCs; it means the fall of the entire region. To stop the wave of destruction and complete his quest, Jason will have to find a way to take on a horde of goblins, numbering in the thousands. If that wasn’t challenging enough, Jason’s longtime nemeses are making their move to take over the server.

Its fast whilst still squeazing so much in its great to see an author right a short intense series rather then long drawn out story covering a decade or more where they end up just padding the shit out of individual books to make them long enough. And secondly a litrpg where he doesn’t feel obligated to spend half his time fixated on the crafting, ifs just there in the background. Cant wait for book 4 and really hopes he follows in Michael Anderle’s foot steps of writing great quick stories not necessarily great literature 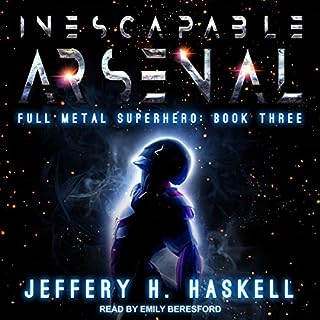 Amelia saved her parents, saved the US, and maybe even saved the world. But she's not out of it yet. Aliens are coming, and they aren't planning on playing nice. When huge drones with unbelievable firepower fall from the sky, it's up to the Full Metal Superhero, some new friends, and old allies to stop them. However, alien drones aren't the only thing falling from the sky. If Amelia can't find a way to defeat the drones and stop the threats from old enemies, she might just be at the end of her rope. If Arsenal falls...humanity falls with her. 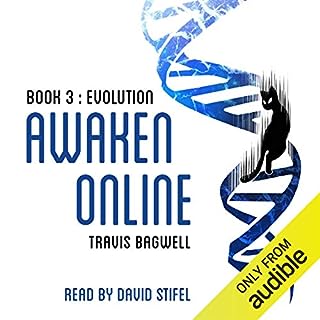 After exiting Awaken Online to find himself holding a knife and standing over two dead bodies, Jason is now being investigated for murder. To make matters worse, Claire has stumbled upon evidence of Alfred's involvement in the incident, and the CPSC is circling - just waiting for Cerillion Entertainment to make a mistake. With his real-life in shambles and his enemies in-game growing in strength, Jason re-enters Awaken Online truly desperate - the game now his only lifeline. 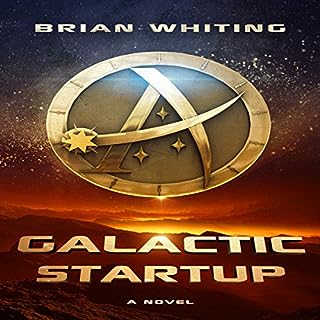 Alex and his three friends drop out of college after discovering a revolutionary way to travel into space using a small amount of energy. Their world-changing technology is sought by the government, and they are forced to go into hiding while they perfect it. Their adventures into orbit and beyond become a global sensation. As they navigate fame, family, and those who are determined to stop them, little do they know that their little startup could have galactic consequences once they discover a derelict spaceship.

Interesting story inevitable weaknesses for a new independent author but cant wait to see how he grows and the story develops Narration was fairly solid that said at certain points he seamed to break up with long pauses between words not sure if that was corruption of the file or a deliberate affectation as it was reminiscent of Shatners kirk or if it was simply him struggling with the character voices as i said good voice for narration needs to either work on timing or is software. In summary not the best work but easy to listen to and far from the worst 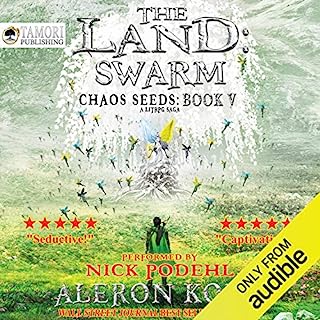 Aleron Kong's number-one best-selling LitRPG saga continues in The Land: Swarm. The enemies of the Mist Village are moving, the storm clouds are gathering, what are Richter and Sion to do? Crush the game, that's what! More of everything you love in LitRPG: powerful items, epic battles, awesome quests, and in-depth world building! What happened to Elora? Where is the swarm? Did the rock giant make Richter jelly? What are the colonel's secret spices?

Aleron is a massive dick

That said great book next please. Seriously MASSIVE dick. Read it. Did i mention the authors a dick lol.