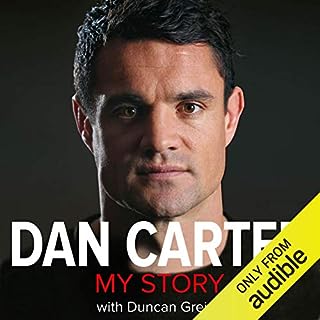 Daniel William Carter is acknowledged as the greatest fly-half to have played international rugby. A veteran of more than 100 test matches, he is the world record holder for most test points and has been named the IRB's Player of the Year three times. Carter, though, is renowned for his modesty and unassuming nature and argues that he has he always "just tried to do the best job I can for the All Blacks".

Better than Richies book but still not existing.

Rugby is better as a game than a book.
Games are exciting but Rugby heros stories areta bit drab.