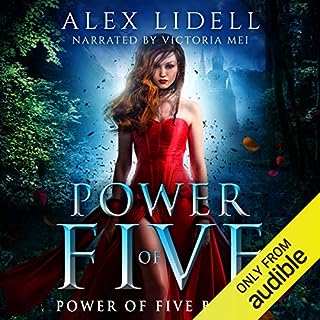 Orphaned and sold to a harsh master, Lera's life is about mucking stalls, avoiding her master's advances, and steering clear of the mystical forest separating the mortal and fae worlds. Only fools venture into the immortal realms, and only dark rumors come out... Until four powerful fae warriors appear at Lera's barn. River, Coal, Tye, and Shade have waited a decade for their new fifth to be chosen, the wounds from their quint brother's loss still raw. But the magic has played a cruel trick, bonding the four immortal warriors to... a female. A mortal female.

hated it. the first 10 chapters nothing happens. cant understand a word she says when she is voicing in scotish. I didn't get past chapter 10