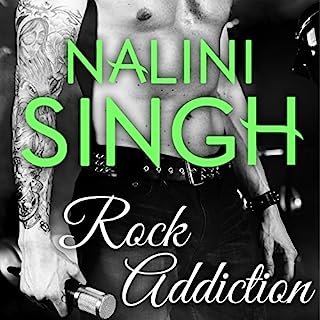 Molly Webster has always followed the rules. After an ugly scandal tore apart her childhood and made her the focus of the media's harsh spotlight, she vowed to live an ordinary life. No fame. No impropriety. No pain. Then she meets Zachary Fox, a tattooed bad-boy rocker with a voice like whiskey and sin and a touch that could become an addiction.

Not my normal genre but still loved it! 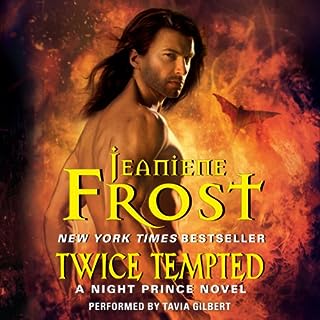 Leila's psychic abilities have been failing her, and now she isn't sure what the future holds. If that weren't enough, her lover, Vlad, has been acting distant. Though Leila is a mere mortal, she's also a modern woman who refuses to accept the cold-shoulder treatment forever - especially from the darkly handsome vampire who still won't admit that he loves her.... Soon circumstances send Leila back to the carnival circuit, where tragedy strikes.

I have read this series several times over! Love them The narrator does a fantastic job too 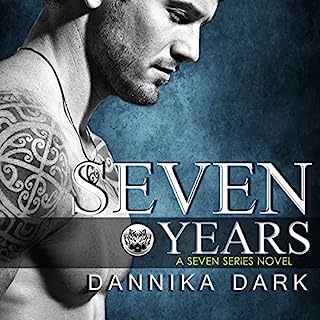 It's been seven years since Lexi Knight lost her brother in a tragic accident. On the anniversary of his death, her brother's best friend shows up unexpectedly - a man she hasn't seen since the funeral. He is no longer the boy Lexi once knew, but a dangerous-looking man with tattoos and dark secrets. He broke her trust and abandoned her family, yet what he reveals makes it impossible to stay angry. Lexi has been secretly infatuated with Austin since childhood, so finding out he's a Shifter just makes him sexier. 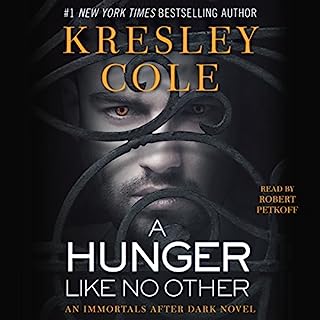 After enduring years of torture from the vampire horde, Lachlain MacRieve, leader of the Lykae Clan, is enraged to find the predestined mate he's waited millennia for is a vampire. Sheltered Emmaline Troy finally sets out to uncover the truth about her deceased parents - until a powerful Lykae claims her as his mate and forces her back to his ancestral Scottish castle. But when an ancient evil from her past resurfaces, will their desire deepen into a love that can bring a proud warrior to his knees and turn a gentle beauty into the fighter she was born to be?

I have read this series at least 10 times and will do so again and again Keeping my finger crossed for new books to be released 🤞 Highly recommend reading this series! They are great at keeping the same voices for each character throughout all the books Nix is my fave, actually makes you laugh out loud Definitely give it a 5/5 📖📖📖📖📖 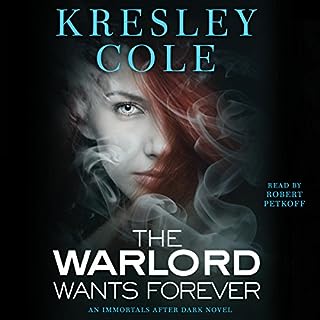 Nikolai Wroth, a ruthless vampire general, will stop at nothing to find his bride, the one woman who can "blood" him, making his heart beat and filling him with strength. Coldly interested only in the power his bride will bring, he can hardly believe when Myst the Coveted awakens him body - and soul.

I have read this series at least 10 times and will do so again and again Keeping my finger crossed for new books to be released 🤞 Highly recommend reading this series! They are great at keeping the same voices for each character throughout all the books Nix is my fave, actually makes you laugh out loud Definitely give it a 5/5 📖📖📖📖📖 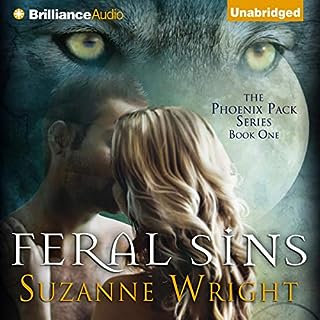 Taryn Warner is a wolf shifter with extraordinary healing skills - and serious problems. First, her father is determined that she mate for life with a wolf shifter named Roscoe Weston, whom the feisty Taryn can’t stand. To make matters worse, she’s also been kidnapped by Trey Coleman, a dangerous alpha male from another pack. And as much as she wants to resist Trey, Taryn is incredibly, maddeningly attracted to him.

Read this at least 5 times!

Great book, great series! I have listened to it over and over Would highly recommend this book