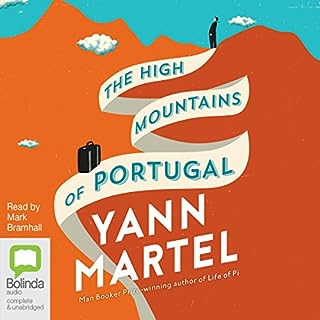 With this highly anticipated new audiobook, the author of the best-selling Life of Pi returns to the storytelling power and luminous wisdom of his master novel. The High Mountains of Portugal is a suspenseful, mesmerising story of a great quest for meaning, told in three intersecting narratives that touch the lives of three different people and their families, and taking us on an extraordinary journey through the last century.

This is an outstanding book, entirely engaging from first page to last. Universal stories of love, loss and grief touch each other across time. Each period is wonderfully evoked by the author and characters are drawn as well as any I've read in the past five years. The narrator is superb, adding depth and richness to a novel which was already enormously enjoyable. I'd be stunned if this didn't appear on the Booker shortlist later this year. 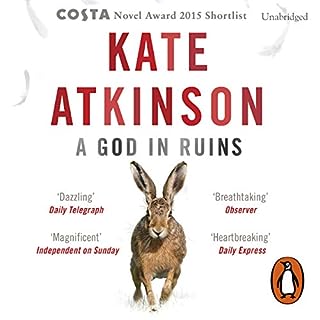 Kate Atkinson’s dazzling Life After Life, one of the top-selling adult books of 2014, explored the possibility of infinite chances, as Ursula Todd lived through the turbulent events of the last century again and again. In A God in Ruins, Atkinson turns her focus on Ursula’s beloved younger brother, Teddy – would-be poet, RAF bomber pilot, husband, and father – as he navigates the perils and progress of the 20th century. For all Teddy endures in battle, his greatest challenge will be to face living in a future he never expected to have.

If anything better than Life After Life. Teddy is one of the best characters I have read. A piece of writing by someone really in command of the art. Superbly read by Alex Jennings. Highly recommend this book. 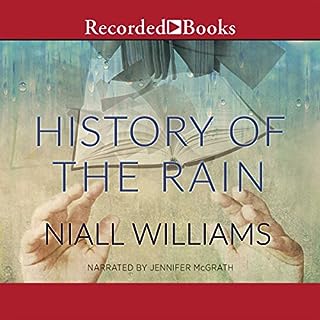 We are our stories. We tell them to stay alive or keep alive those who only live now in the telling. That’s how it seems to me, being alive for a little while, the teller and the told. So says Ruthie Swain. The bedridden daughter of a dead poet, home from college after a collapse (Something Amiss, the doctors say), she is trying to find her father through stories.

I'm about half way through this beautifully written novel which is superbly crafted, poignant and loaded with vivid characters and memorable imagery. The writing makes the novel's Booker short listing entirely understandable. However it is unlikely I will reach the end of the book. I have persisted with the narration for as long as I think I'm able. Sadly the narrator seems to miss the tone of the writing by a thousand miles; presenting the listener with Jimmy Cricket and the land of the bogs and the little people. Wish I'd spent the money on the paper version though that presents it's own issues whilst driving the hour to work.