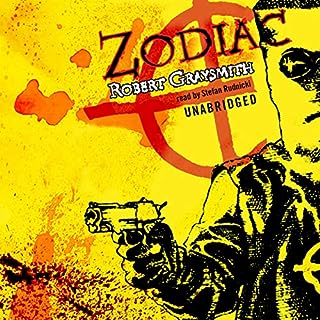 After Jack the Ripper and before Son of Sam there was only one name their equal in terror: the deadly, elusive, and mysterious Zodiac. Beginning in 1968 the hooded mass murderer terrified the city of San Francisco and the Bay Area with a string of brutal killings. A sexual sadist, his pleasure was torture and murder.

Reads a bit like a thesis- starts out very detail oriented, and kinda laborious to follow, but very thorough. You can see the obsession Graysmith struggled with- the frustration and desperation to present every single fact. Presents some great theories and plot twists quite objectively. Got a little strained toward the end when the clues ran out, but that can't be helped. Will have to listen again to keep up with all the Darlene Ferrin conspiracies, but am happy to do so. Great book. Movie is a nice accompaniment too. 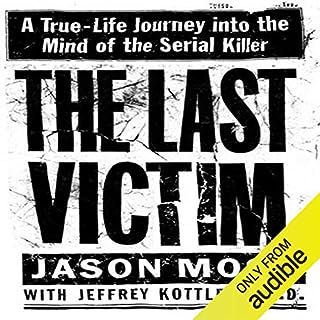 It started with a college course assignment, then escalated into a dangerous obsession. Eighteen-year-old honor student Jason Moss wrote to men whose body counts had made criminal history: men named Dahmer, Manson, Ramirez, and Gacy. Posing as their ideal victim, Jason seduced them with his words. One by one they wrote him back, showering him with their madness and violent fantasies. Then the game spun out of control. John Wayne Gacy revealed all to Jason - and invited his pen pal to visit him in prison.... It was an offer Jason couldn't turn down. Even if it made him....

It's nice to read a book in this genera that is intellectual, honest and informative- no petty peddling of half-masticated ideas, or gross blanket judgments on character. I really enjoyed Moss' narrative and Kottler's contributions, which were unique and effective. I even warmed to the voice artist's cadence (after a while). Very smart book. Highly recommend! 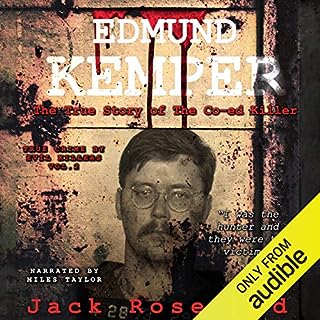 American serial killer Edmund Kemper III stalked co-eds in California at the height of the era of peace and free love, dismembering his victims and tossing their body parts in remote areas around Santa Cruz. As pieces of young women began washing up on shore and turning up alongside rural highways, female residents - especially college students - were decidedly on edge. A lust killer who savored the act of decapitating his victims - and often used their severed heads for sexual pleasure - Kemper's story is particularly twisted among historical serial killers.

If you want to know about Ed Kemper, watch his interviews on YouTube. There are two. The only new information this book supposes is a disrespectful poke at Ed's penis size. There's also a schoolyard dose of judgment and misunderstanding. A flaccid attempt at research and proof that anyone can write a book. Do not reccomend. 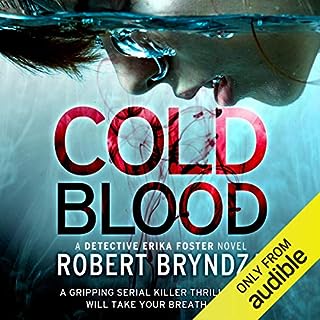 When a battered suitcase containing the dismembered body of a young man washes up on the shore of the river Thames, Detective Erika Foster is shocked. She's worked on some terrifying cases but never seen anything like this before. As Erika and her team set to work, she makes the link with another victim - the body of a young woman dumped in an identical suitcase two weeks ago. Erika quickly realizes she's on the trail of a serial killer who's already made their next move.

Out of touch narration.

Not his best storyline, but easily forgivable. I hate to put anyone down, but the narrator for this series really does this book- specifically the main protagonist- a disservice. Erica Foster flips between knee-jerk aggressive and moany, neither of which mirrors the dialogue or context. I don't think the narrator identifies with the characters, or understands their motivation. I don't think she reherses either. It's a shame, because the characters themselves are believable and original. I'd definitly recommend the series... in paperback.