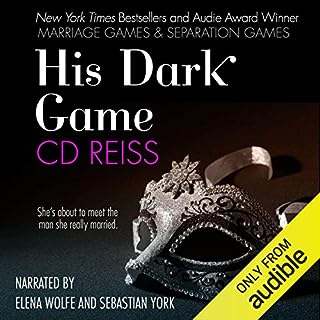 Thirty days. That’s all Adam Steinbeck demands of his wife. Thirty days in a remote cottage, doing everything he demands, then he’ll sign her divorce papers, give her his half of their company, and walk away. He has 30 days to rediscover the man he once was. The Dominant Master he hid when he fell in love with the woman who would leave him five years later. Diana wants the company they built badly enough to go to the cottage with him. She’ll submit to him with her body, but her heart will never yield. She thinks this is his pathetic attempt to repair their marriage.

Everything about this book was amazing. It had it all hot sex, feels and angst. One of the very best I have listened to.