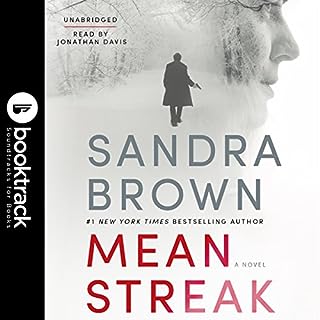 Dr. Emory Charbonneau, a pediatrician and marathon runner, disappears on a mountain road in North Carolina. By the time her husband Jeff, miffed over a recent argument, reports her missing, the trail has grown cold. Fog and ice encapsulate the mountainous wilderness. While police suspect Jeff of "instant divorce", Emory, suffering from an unexplained head injury, regains consciousness and finds herself the captive of a man whose violent past is so dark that he won't even tell her his name. She's determined to escape him and willing to take any risks necessary to survive.

why did they ruin this with background music?

I read this book years ago and really enjoyed it. I'm a huge Sandra Brown fan, so wanted it as an audiobook.

I couldn't finish it because of the ridiculous layer of background music throughout the narration. At first I thought "maybe this is just at the start", and then after a little bit it stopped, only to start up again... then stop... then start again. It ruined the story for me.

I think it's an interesting idea to play music, but it shouldn't compete with the narrator or distract from the story. Perhaps a version of this audiobook with music and a version without music so customers can choose?

Sadly I couldn't finish it (and I really like this story!). 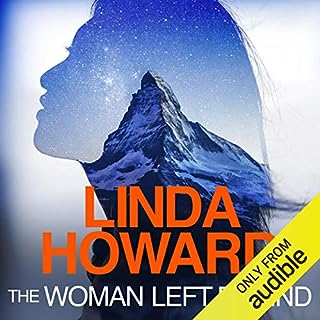 Levi Butcher is singularly devoted to his work. As team leader for the GO-Team, his unwavering focus is on the mission. Levi knows all too well that one minor distraction can hold deadly consequences. But with the soothing, sensual voice of 'Babe', the team's communication expert, constantly in his ear, keeping his concentration on the dangerous work at hand is becoming extremely difficult. Jina Modell definitely doesn't feel like a 'Babe', especially when she's working with the gruff, no-nonsense Levi. When the base where she's stationed is attacked, Jina manages to escape - but the rest of the team, working some distance away, is exfiltrated, thinking Jina died in the explosion and leaving her stranded.

Wish I hadn't wasted a credit on this

What would have made The Woman Left Behind better?

I'm sorry that I spent an audible credit on this book. I wasn't enjoying it, but kept on listening in the hopes that it would suddenly get better. It didn't. I don't really even know what genre this is... there wasn't enough frivolity to be chic lit..... not enough action to be an action story.... not enough romance to be a romance story. It was just a little bit of each thrown together in the hopes of telling a story.

The thing is - I'm a Linda Howard fan, but this book pretty much lacked everything that makes Howard's stories great.

STOP READING IF YOU DON'T WANT SPOILERS
The main character works as a 'bit of a nerd' in a super underground agency doing work that the government would deny. She is transferred to a role within one of the elite GO Teams made up of ex-military. She has no fitness or training, so most of the book is about her improving her fitness and getting good enough to join the team on missions. Seriously that's most of the book... how many more miles she can run, and rope climbing etc.

One mission goes a bit pear-shaped, so she quits the GO Team to work in another area of the organisation. The end.

Oh, I forgot, there are a couple of 'missions' so we can at least see that her training wasn't all for nothing, and now that she leaves the team, the 'no fraternizing' rule can be disregarded, so she hooks up with the guy she has had the hots for throughout the book... The end. That about covers it. No real beginning or end, with a whole lot of descriptions of sweating shirts, bad blisters and sore muscles in between.

The performance was good. I'm Australian so I can't say with certainty if the Southern accent was 100% correct, but it sounded great to me. The other characters were easy to tell apart in the narration.

The friendships within the GO Team were great.