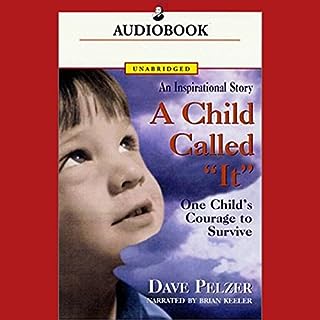 Dave was in first grade when his unstable alcoholic mother began attacking him. Until he was in fifth grade, she starved, beat, and psychologically ravaged her son. Eventually denying even his identity, Dave's mother called him an "it" instead of using his name. Relentlessly, she drove him to the brink of death before authorities finally stepped in. With faith and hope, Dave grew determined to survive. He also knew that he needed to share his story.

This book is a must-read for anyone working or interested in child advocacy and child protection. The horrific and vile abuse sustained by David as a young child is difficult to hear about but absolutely essential to the understanding of the reality of abuse through the eyes of a survivor. I thank the author immensely for the courage and strength they found to share this intimate story. 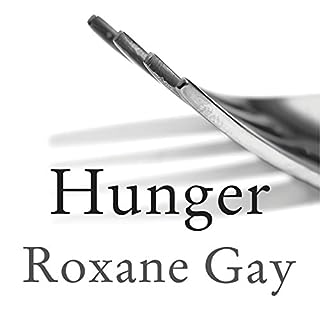 'I ate and ate and ate in the hopes that if I made myself big, my body would be safe. I buried the girl I was because she ran into all kinds of trouble. I tried to erase every memory of her, but she is still there, somewhere.... I was trapped in my body, one that I barely recognized or understood, but at least I was safe.'

Hunger by Roxanne Gay is the gut-wrenching memoir of disorder and desperation. This book is a love-letter to the body, as well as an arrow in its heart. Gay explores her history of eating disorders, self-harm and sexual assault in an honest and confronting manner. I recommend this book to anyone who considers themselves to be dedicated to body liberation. Roxanne embodies, in Hunger, one of the most marginalised experiences within body liberation and this beautiful piece of work demands respect and attention. 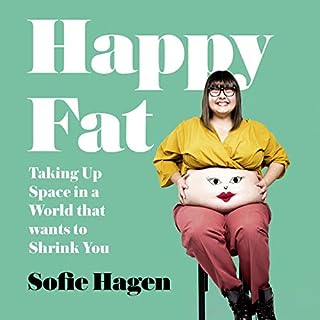 In Happy Fat, comedian Sofie Hagen describes how she conquered a negative relationship with her body and provides practical tips for readers to do the same. She exposes how fatphobia is embedded in society at every level - in our relationships, our public spaces, and the TV shows we watch - powered by the toxic mix of capitalism and the media.

Happy Fat by Sofie Hagen in a witty and subversive punch at diet culture and widely accepted narrative that we must shrink our bodies in order to be acceptable. Sofie made me laugh and cry in this book, and her narration brought out all of the delicious humour and nuance. 10/10. I’ll be keeping this to listen to again. 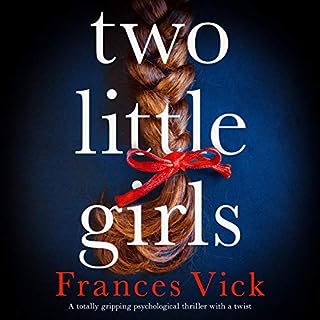 It’s 1985, and the disappearance of 10-year-old Lisa Cook shocks the nation. Her best friend, Kirsty, traumatized and fearful, gives evidence that helps to put the Cook family’s lodger behind bars. But what if Kirsty made a mistake? Now, decades later, Kirsty leaves a life she loves to move back to the hometown she hates - tortured by her memories, she’s determined to finally uncover the truth about what happened to Lisa that day. But someone is waiting for her there, someone close to her family. Someone who is hoping to finish off a job that was started years ago....

Kept me guessing all the way through

Frances Vick pulled me in with this book. Two Little Girls revolves around the disappearance of a young girl, Lisa Cook, and the rumours, lies, curiosities and pressures surrounding those involved. I recommend this book to all crime-fiction thriller lovers, and I recommend Frances Vick as an author overall. I am excited to read more of her work.
The narration in this audiobook is also fantastic. Imogen Greenwood brought this book to life with her emotive and clear voice. 5/5 all around. Well done. 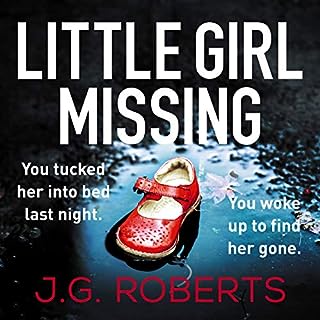 How can a little girl vanish into thin air? Five-year-old Cassie Bailey’s mother tucked her into bed and kissed her goodnight. This morning she’s missing, her unicorn bedcovers are empty, and her parents are frantic. DCI Rachel Hart knows that the first few hours after a child goes missing are the most crucial, and that the Baileys are living every parent’s worst nightmare. Rachel knows, because as a child her family lived through it too, when her sister was taken.

J.G Roberts has me hooked and waiting in suspense for the second addition to the DCI Rachel Hart series. Little Girl missing tells the story of the disappearance of a young child in a broken family. This book kept me guessing and theorising all the way through. The writing was engaging and gripping. The voice acting for this audiobook was fantastic. Character voice distinctions were very well done and emotion was conveyed brilliantly. Great read, great listen. 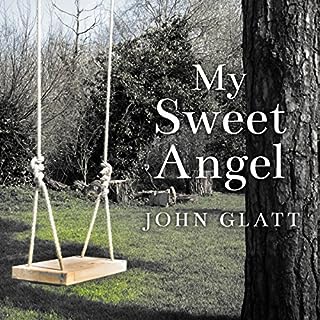 Lacey Spears made international headlines in January 2015, when she was charged with the "depraved mind" murder of her five-year-old son, Garnett. Prosecutors alleged that the 27-year-old mother had poisoned him with high concentrations of salt through his stomach tube. To the outside world, Lacey had seemed like the perfect mother, regularly posting dramatic updates on her son's harrowing medical problems. But in reality, Lacey was a textbook case of Munchausen Syndrome by Proxy.

This book by John Glatt reveals the deep details of a tragic and heartbreaking story of a little boy, Garnett, and his struggle for life. This book too reveals the life of Garnett's mother, Lacey, and her struggle with a factitious disorder imposed on another, or Munchhausen by proxy. The book did occasionally repeat mundane details, and this slowed down the experience but overall this book is fantastic and incredibly sad. 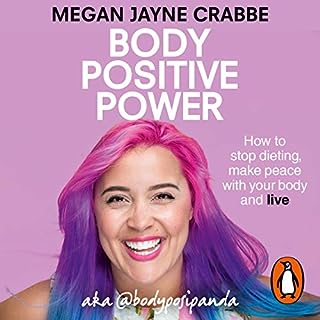 If you're tired of being at war with your body, then this book is for you. We've been convinced that happiness is something that only comes once we hit that goal weight, get those washboard abs, shrink ourselves down and change every part of ourselves. We believe that our bodies are the problem, but this is not true. It’s how we’ve been taught to see our bodies that’s the problem.... It's time for us all to stop believing the lies we've been fed about what it means to be beautiful and take our power back.

Megan Jayne Crabbe set my recovery in motion in this kind, intelligent and brutal dissection of diet culture and self love. I 100% recommend this book to everyone. 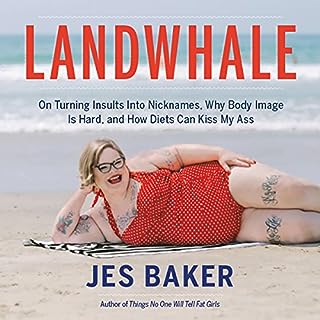 Jes Baker burst onto the body positivity scene when she created her own ads mocking Abercrombie & Fitch for discriminating against all body types - -a move that landed her on the Today show and garnered a loyal following for her raw, honest, and attitude-filled blog missives. Building on the manifesta power of Things, this memoir goes deeply into Jes' inner life, from growing up a fat girl to dating while fat. With material that will have readers laughing and crying along with Jes' experience, this new book is a natural fit with her irreverent, open-book style.

Jess Baker has done it again in this witty, thoughtful and open memoir of her history with body image, body shame, and navigating diet culture, religious restrictions and relationships.

This is a must read for anyone recovering from chronic dieting, body image struggles or eating disorders. The motif that all bodies have a right to exist is something that I and many others desperately need to hear. 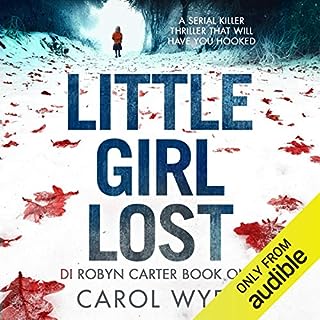 A teacher goes missing under suspicious circumstances and a man is murdered at a local reservoir. For Detective Robyn Carter, there's no obvious link between the cases. But as she starts to delve into them, her investigations lead her to Abigail, perfect wife and mother to beautiful little Izzy. What was Abigail's connection to the victims? And why is she receiving threatening messages from an anonymous number?

Readers, please be warned that this book contains some graphic sexual abuse scenes involving children as well as self harm scenes, and as such may be harmful to readers who have experienced, or those who are disturbed by, such things. Stay safe, happy reading to you all. 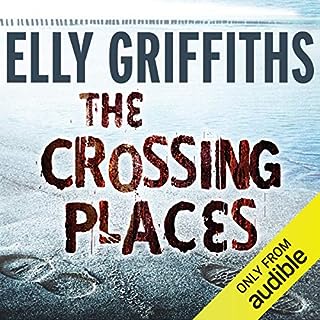 When she's not digging up bones or other ancient objects, Ruth Galloway lectures at the University of North Norfolk. She lives happily alone in a remote place called Saltmarsh overlooking the North Sea and, for company; she has her cats Flint and Sparky, and Radio 4. When a child's bones are found in the marshes near an ancient site that Ruth worked on ten years earlier, Ruth is asked to date them.

Great start to the series.

Interesting and mysterious storyline. I enjoyed it very much. The narration is incredible. The actress did an amazing job at distinguishing the different voices of the characters, she really brought the story to life. I will continue on with the series.