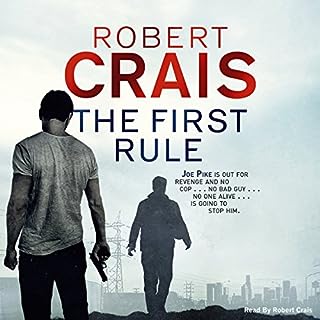 Frank Meyer had got out of 'the life' safely. He had put an end to his mercenary days, turned over a new leaf and settled down with his wife and children. It had been a hard decision but, encouraged by his boss and friend Joe Pike, he had walked away. Ten years later, a group of armed men break into his Los Angeles home and brutally gun down him and his family. It's a vicious, cold and professional job. The crew leave no trace behind except the bodies.