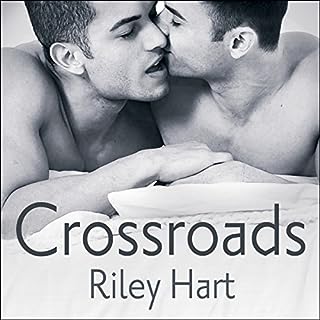 After divorcing the woman he'd been with since he was 17, Nick Fuller is starting over. He owns the restaurant of his dreams, and he's determined to meet new people, find new passions, and experience life to its fullest. Easier said than done - that is until he meets his new neighbor, Bryce Tanner. Neither man has ever wanted another guy, but there's a connection between Nick and Bryce from the start - a spark they can't deny.

This book has a great story line however I'm extremely glad I also purchased the written copy because the Narrator is TERRIBLE!! He speaks really fast like he's trying to rush through the story. He also sounds like he's holding his nose while he speaks as his voice is sooo Nasal.

Would definitely recommend the book, but not the Audible edition.