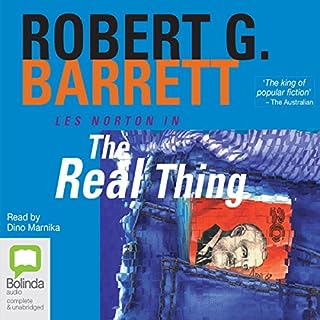 It isn't every day you help murder someone with poison in an illegal casino, whisk his body halfway across town in a Rolls Royce after robbing him, then bury his body in tonnes of concrete underneath an international airport - all more or less with the co-operation of two detectives. Les Norton is back in town! Trouble seems to follow Les like a blue heeler after a mob of sheep. Maybe it's his job - being a bouncer at the infamous and illegal Kelly Club in Kings Cross isn't exactly the stuff a quiet life is made of.