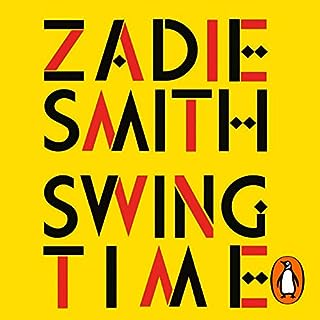 Dazzlingly energetic and deeply human, Swing Time is a story about friendship and music and true identity, how they shape us and how we can survive them. Moving from Northwest London to West Africa, it is an exuberant dance to the music of time. Two brown girls dream of being dancers - but only one, Tracey, has talent. The other has ideas: about rhythm and time, about black bodies and black music, what constitutes a tribe or makes a person truly free.

I read 'Swing Time' over a year ago and wasn't sure how I felt about it at the time. All this time later, the characters have stayed with me so strongly I feel compelled to explore how I felt about this book. Audiobooks are a new medium for me and this book worked well in audio. I enjoyed the narration byPippa Bennet-Warner. She had a silky British accent and skilfully subtle accents and voices for the different characters. 'Swing Time' is a bildungsroman of an unnamed narrator growing up in 1980s housing estate London. She is of mixed-race and develops a competitive childhood friendship with a neighbouring child called Tracey, who is also mixed-race. The early parts of the book focussing on their childhood is enthralling. Tracey and the narrator struggle for power dynamics in their friendship, which over time turns toxic through jealousy. They are both aspiring dancers struggling with their identity as mixed race. The narrator is jealous of Tracey's superior dance talent while Tracey is jealous of the narrator's supportive two-parent home. The girls grow up and apart - Tracey continues her dance while the narrator's life takes her across the world. Our narrator loves dance from afar and puzzles over the history of dance, it's role in life and how black people fit in. The girls encounter each other on and off over the years and remain bitterly jealous of what the other has. Ultimately, 'Swing Time' had a far ranging, ambitious plot that had a number of successful culminations but many puzzling add-ons. Overall it loses momentum and the early stages of the book where our narrator is young promise a more hopeful and riveting conclusion. The reason this book has stayed with me is the fascinating and vivid characters that demonstrated so many lessons pertinent to relationships, identity and career in modern day life. I 'read' this book via Audible audiobook while in holiday mode, so I had the time to be patient with the tangential plot-lines and enjoy the book moment-by-moment. 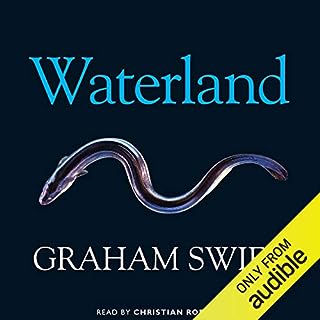 This brilliant and compelling novel is at once a lyrical description of the Fens, a fictional autobiography, and an impassioned defence of history. The narrator, an English schoolteacher, and his interior world of memories combine with the exterior world of the bleak Fenland landscape to produce a multiplicity of stories. Swift weaves together tales of empire building, land reclamation, brewers and lock-keepers to construct a chronicle that spans three centuries.

A slow but entrancing story

This book was not the type of thing I normally read or listen to but I enjoyed it nonetheless. It follows a family for many generations and mostly flicks between the main character, Tom Crick’s, life as an adult history teacher and teenage years in the 1940s. Similar to other books I’ve read by Graham Swift there is a lot of foreshadowing so you know so much of what is going to happen but are missing the key details until the final moments. I find this is a very engaging and natural way to tell a life narrative. There are fascinating deviations from the plot to explain natural history phenomena like the life cycle of eels, which then cleverly become metaphors for human components of the plot. The characters are subtle, flawed, awkward and realistic. I found the narrator very well suited to telling this story - a good balance of performance without being melodramatic. To my kiwi ears some of his voices of rural British folk verged on having American accents, but I’m not one to judge. Overall a good yarn if you’re happy to invest for the long haul, particularly nice to unwind before bed. 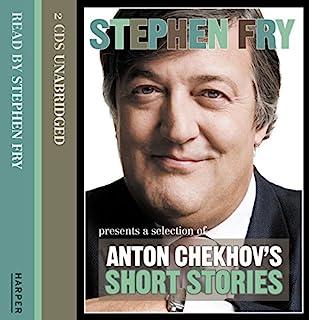 "Chekhov is probably better known in Britain for his plays than for his prose. For many, however, it is his short stories that mark the high water of his genius. It might at first glance be hard for those not used to his style of narrative to see what the fuss is about - and fuss there is: for most authors and lovers of literature Chekhov is incomparably the greatest short story writer there ever was."

I loved the witty black-humoured short stories, especially ‘the duel’ and ‘oysters’. Initially I was unsure about Stephen Fry’s reading style but I came to enjoy the fast pace and focus on the comedic aspects. Unfortunately the recording was let down by the editing. There were only milliseconds between the poignant endings of the short stories and the beginning of the next, in some cases Stephen Fry didn’t even get to finish his final words!