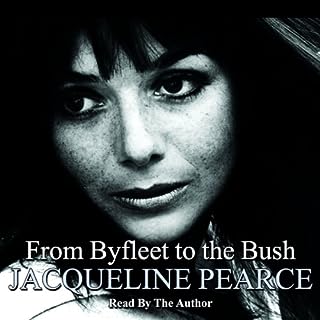 The actress Jacqueline Pearce is best known to television audiences as the villainous Servalan from the fondly remembered Blake’s Seven (BBC, 1978-1981). But her career has taken her from RADA to Hollywood, via starring roles in international comedy films, Hammer Horror, BBC Shakespeare, and London’s West End. So how did she end up living in the African bush with her belongings in black bin-bags? Find out with this gripping memoir of an extraordinary life - from Byfleet to the Bush.

Jacqueline, we love and miss you. Thank you for sharing your story. Bless you from another animal lover.